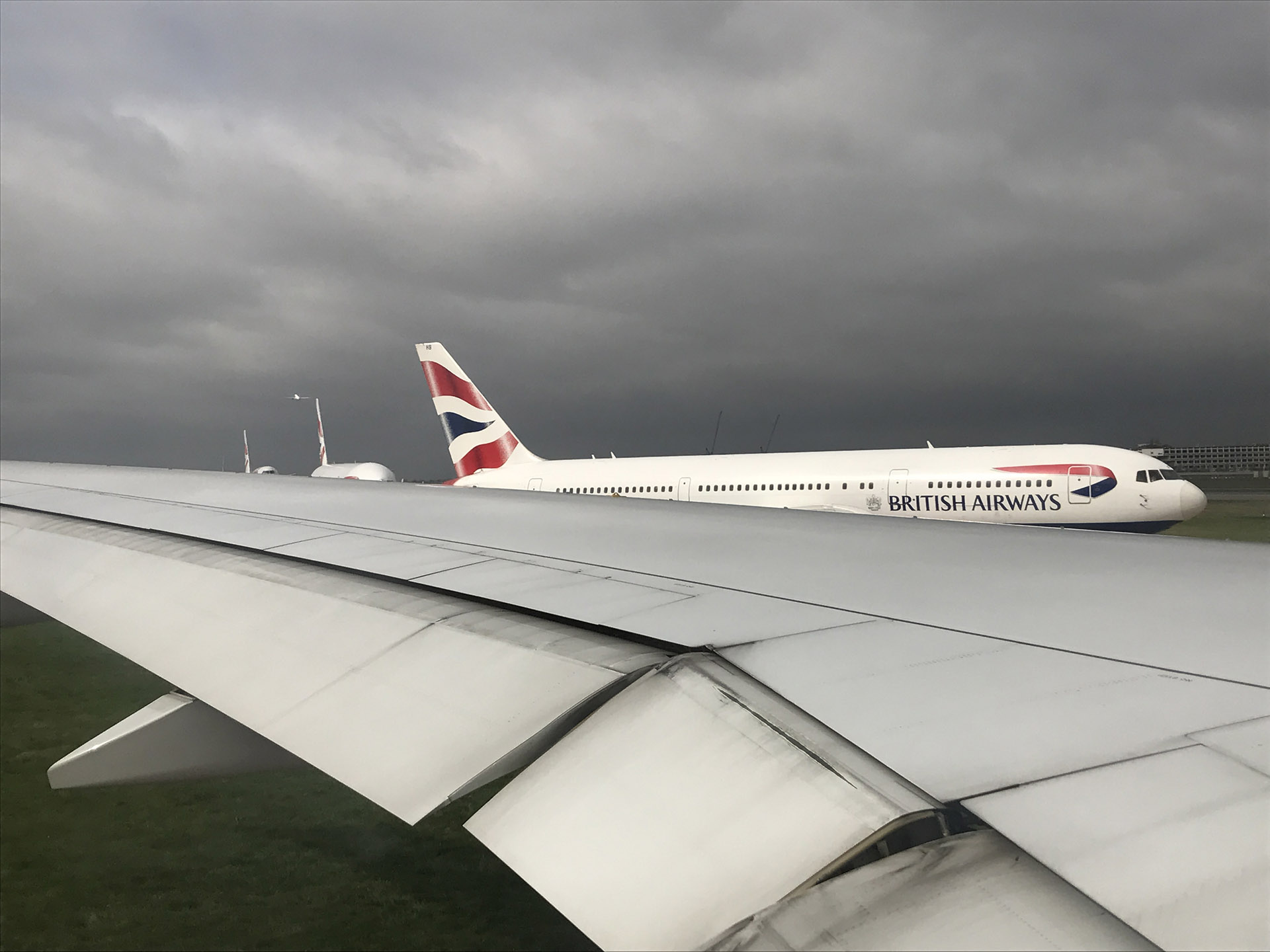 To be able to fly comfortably in an equipment that weighs tons fascinates me. As a child, I liked to take my father to the airport. Not only to say goodbye, because he used to spend months away from home for work, but also excited and curious to admire the planes taking off and landing.

I made my first trip when I was 21. I was a trainee at a company and would participate in a scientific conference in another state. That night, when the plane started taxiing, with its dark cabin, the blue light points that marked the runway absorbed my thoughts, and concentrating, I admired every detail of that flight through the window.

Since then, I’ve lost count of the trips, essentially work-related. I’ve literally been around the world on one of these technical missions. But despite the hundreds of thousands of miles accumulated, the fascination of being on the plane persists and I still love sitting at the window.

On one of these trips, the vision I had on the tarmac was of a traffic jam. The air sector grew exponentially and the desire and dream of flying became more accessible to the population, in a way due to subsidies to the aviation chain. Since my first flight in 1990, the industry has grown 400%.

In 2017, according to the international aviation agency, 4.1 billion passengers were transported. In a first reaction, one might think that more than half of the world’s population used an airplane that year, but not so. The number of passengers does not mean the number of people transported. A person can be counted multiple times as a passenger, even on the same day, depending on stopovers and/or round-trip flights, for example. In fact, it is estimated that 80% of the world’s population has never set foot on a plane.

I’m one of the privileged ones with access to this mode of transport. And as a frequent traveller.

The aviation sector represents only 2% of global emissions. But because it is a relatively small number of people responsible for these emissions, for people who travel by air, one of the most important actions they can take to contribute to the climate emergency is to reduce air travel. Given the forecast that the sector will grow widely and that less polluting technologies are not available, the measure is even more important.

It was shocking to see that actions I had been taking to deal with the climate emergency, such as adopting a plant-based diet, reusing and recycling, have a much less significant impact than the reduction in air travel, especially for frequent travellers, which is my case.

In a developing country like Brazil, the situation is not so different, depending on the lifestyle, according to the simulation I made on the website www.climateneutralnow.com. Even considering the intensive use of car transportation with gasoline and the adoption of a meat-based diet, air emissions can be much more expressive.

I remember how embarrassed I was to hear a partner proudly sharing that he hadn’t been travelling for 15 years for work or leisure, committed to dealing with the seriousness of the climate situation that we have been through. A few months later, I would be in Mexico City for work and before returning to Rio de Janeiro, Brazil, where I live, I would still stop in Costa Rica for a vacation.

After this incident in December 2016, I began to deepen reflections on my own contribution to emissions from air travel.

In 2010, I sold my car, and it was a tough decision. But nothing compared to coming to terms with this new change. It shook a deep-rooted desire to continue to explore the world, and touched on deep issues I was unaware of, such as a sense of self-importance and image of being frequently on business trips around the world, with the belief that I was “saving” the world.

It’s not because I’m dedicated to dealing with the serious planetary crisis that we’re in, that I’ll have a “privileged status” or a “special license” to over-consume or have an unsustainable lifestyle or work practices.

The following year, I avoided the emissions of a long international trip by participating remotely in a workshop – which worked very well by the way. And I travelled locally on vacation, using public transportation: bus and ferry. But still, I flew significantly for work that year. Since then, however, I have made a commitment to myself to reduce travelling to a minimum and not to fly.

And it’s been a new adventure! Improving the quality of video conferencing has helped me make the transition to the world of virtual meetings. In 2018, I declined invitations to speak at events that did not accept my participation by video or teleconference, and at one particular event, instead of flying, I travelled by bus.

Meeting others who are adopting this lifestyle and listening to their experiences has been very encouraging and is actually helping me to adhere to this purpose. As an example: Peter Kalmus, NASA scientist and professor at the University of California, Los Angeles, who created a global movement to support researchers and ordinary people not to travel, after realizing that he himself had an unsustainable carbon footprint especially because of his business trips; Maja Rosén, Swedish citizen who created the movement “We Remain on Earth” with a penguin logo, the only flightless bird, whose campaign is now present in several countries; The Tyndall Centre for Climate Research, a network of four universities that mobilize researchers to minimize and avoid the use of airplanes, and Professor Kimberly Nicholas of Lund University in Sweden who has mapped out the main actions that would have the greatest impact on an individual’s carbon footprint and is also dedicated to reducing air travel. But the situation that touched me the most was Greta Thunberg, the 16-year-old Swedish student and activist. To participate in international climate meetings in the U.S., she chose to ride across the Atlantic on a sailboat for 15 days, giving up the comfort of a flight.

But please don’t feel pressured to go down this road like this. Changing is really complex, especially when we touch something as pleasurable and desired as flying. My goal here is just to share how my experience has been and to inform you that there is a price and a value to this practice.

When you think the time has come and you’d like to start reducing your travelling, I’ll leave below some suggestions of movements that have inspired me.

Seaspiracy: A Most Inconvenient Truth 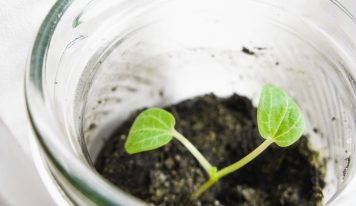 How to make money in finance and become a creator of prosperity? Part 3 – How to give form to the sustainable finance industry and become sustainable?